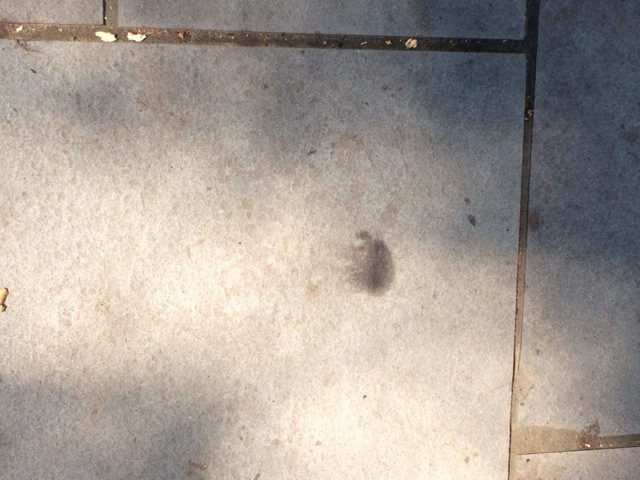 Last night, GaBrilla Ballard and I were in the Dojo around 7 pm preparing the space for her concert. Aaron had just finished sweeping the patio and was around the corner putting something away in the basement. We’d just decided to host the concert indoors, since despite clear skies, there was a threat of severe thunderstorms. That’s when the wind started whirling and the sky went dark. Then… Crack! The sky crashed with an ear-splitting sound and a bolt of lightning struck the middle of the patio, leaving this blackened scar as a remembrance.

The Dojo is nestled beneath four mammoth oak trees, one of lightning’s favorite targets. The Old Oak must have said to Lightning, “No thanks. Not today.” And so Lightning obliged and blessed our center instead. In many ancestral traditions, the site of a lightning strike becomes sacred space, a place of honor and reverence.